The beauty of the surging blue giant of a river was the best view I have seen. During the last few days of LMRT trips, I personally have to experience the joy of this learning opportunity in various ways, such as snorkeling, dolphin survey, picking up trash, and especially THE FOODS! However, the most memorable thing I can’t stop thinking about was seeing the dolphin for the first time. Even though I was not fortunate enough to see a live dolphin yet these last few days of the island where the best life I every experience so far.

Koh Seh LMRT trip was an eye-opening experience. I got so many new things to try, learn and experience at once. It has provided for me a better perspective of Marine Conservation, granted me understanding our hazardous marine life in Cambodia. After seeing with my own eye the magnificent view of coral and other marine species. I’m proud to be a part of this impactful project. Not only can I enjoy learning about my favorite science subject, but I am also creating an impact on my own country.

For past 3 years learning in Liger, I was also involved in many projects that impacted different parts and places of Cambodia, such as The Geography Book Of Cambodia, Say No To Single-Use Of Plastic In Liger, Disability Podcast, etc. From writing a book, informing the knowledge about the Cambodia geography and it’s hidden fascinating nature, launching a school campaign to convince the benefit of zero waste living lifestyle, recording podcasts based on the mission to spread awareness about life difficulties of people with disability in Cambodia with both languages and so on. As a result, this is just a small fraction of actions that we have taken in Liger. Nevertheless only one of those many projects has stood out to me the most; the one I am genuinely passionate about, the one that indeed has impacted the country in many ways, and the one that could shape the future of Cambodia. It is the Filmmaking concept; it has always been one of my interests outside classes. It’s a way to tell stories, express feelings, and describe emotions. Just like a good moment will always be remembered yet a good story will last for eternity. As a whole, this is why films are one of the most powerful campfires that gather people around as one to be connected. It is magnificent, it works just like magic.

In the last few months, I have been involved in a Filming and Acting project leading by a few talented, and awesome people from Hollywood. The whole learning experience was wonderful. We got to learn new tools in video editing, different images of acting, and the concept of making a good film. Also even if there is an uncertain target in this exploration, this is just the tip of the iceberg. Meanwhile, you might be wondering, out of all the many projects that I have accomplished this year and some of them are even having a bigger impact on the country, so why on earth would I choose Filming to represent me and the way I changed Cambodia?

For instance, I can answer that with one simple phrase, “always look forward”. Currently, this might not be the best path to choose, yet I have an undoubtedly high expectation for the future. It has  a very high potential to revolutionize the perspective of people’s minds. Presently here are some of my most worthwhile creations:

A SHORT FILM ABOUT TEENAGERS LOVE

This film was recently made during the time while I was involved in the Filming & Acting exploration. The main theme of the film is much more into entertaining, yet this film means a lot to me. The crew, our facilitator, the process of making the film are just marvelous. It was one of my best year moments when making this film.

This short video clip was published a while ago in our literacy class. Some people might just take it as just an assessment and paragraph writing. However, for me, I put my all into this short video, because I don’t just want to enjoy making it, but I also want to spread the words that hide deep inside the minority community to the world.

This one isn’t a video clip neither a film. In fact, it is the first-ever podcast that I made last year. The podcast was associated with people with disabilities and it was as a really incredible experience to work closely, and interviewing them as well as creating and sharing this podcast to the public.

CWC News video was actually the main goal in the first-ever Exploration that I joined Liger “Clean Water Cambodia”. The idea was to make a short news video to inform the danger of water pollution to the surrounding community. Even though I wasn’t the one who shooting and editing them, but I’m still really proud to be a part of making this news video.

This one is also only a small clip of giving the information about the coming up Khmer Liitures event, what is a debate, and how to join the Khmer debate booth. It doesn’t have much of an impact to anything, yet it still giving out a little knowledge to people about what is a debate.

Last but not least we got the Ant Film. If you don’t know, here’s a little information about what is Ant. basically it was one of the four group names in our junior court in the very first year at Liger. The technical, editing style and quality of the video look a bit old, yet I think it was the most powerful, meaningful, and stunning film project that I have ever been involved in. There were originally four films from four different groups, but this is the one that I was associated with. Sometimes I looked back at this video, it doesn’t just bring me back a lot of memories, but it’s also got me thinking of how impressive of work I could do at that time after I got into Liger and how much I have improved my skill now.

In short, I just wanted to say how much of going through this path has changed me personally, mentally, and even my country. Additionally, I will continually make more impactful films, video, news, clip, podcasts, and other media productions, to help improve my learning skills and getting a step closer to my goal. Even though I’m nowhere close to any of those dreams now, or even in the future, my plan might not go as well as it should be. I am more than pleased to create at least an impact on my country, no matter if it was small or huge. I believe that with the right amount of time, hard work, and dedication, one day the goal of shaping the film industry in Cambodia, might no longer be a childhood dream because I am just getting started. 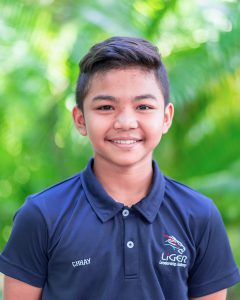